【Introduction】 英文名： banana; English name: banana； 拉丁学名：Musa paradisiaca Latin name: Musa paradisiaca 马来语：pisang Malay: pisang 别名： 甘蕉、芎蕉 Synonyms: Gan banana, Chiungchiao 科属 Branch is 域： 真核域Eukarya Domain: Eukaryotic domain Eukarya 界： 植物界 Plantae Sector: Flora Plantae 门： 被子植物门 Magnoliophyta Door: Angiospermae Magnoliophyta 纲： 单子叶植物纲Liliopsida Class: Class Liliopsida monocotyledon 目： 姜目Zingiberales Head: Zingiberales Zingiberales 科： 芭蕉科Musaceae Branch: Basho Branch Musaceae 属： 芭蕉属Musa Are: the case of Musa Musa Basho Branch (Musaceae) is a banana (Musa) plants, but also its fruit, is one of important food crops, edible cultivated widely in tropical areas. Banana味香and full of nutrition, can be harvested throughout the year, in temperate regions are also very popular with great importance. Herbaceous plants to large, from the rhizome issued by the leaf sheath to form the lower part of the high-3 to 6 meters (10 ~ 20 feet) pole false; Yeh Chang-round to oval-shaped, some for up to 3 ~ 3.5 meters (10 ~ 11.5 feet) wide and 65 centimeters (26 inches), 10 ~ 20 clustered stem top. Big spike from the top out of false strokes and spent the majority, yellow; fruit sequence bends down, resulting in 10 to 20 strings, about 50 ~ 150. Plants withered after the results from the rhizome of smoke grow root to regenerate, each strain can live for many years. Staged a weaker root pruning article was removed, leaving more strong growth into the plant to the results. Hundreds of cultivars around the world due to differences with the species name appears some confusion. Consumption of bananas in the very early records Greek, Latin and Arabic writings.(Gros Michel)。

Perhaps most important is the general type of banana (M. sapientum, saints bananas), which there are a number of varieties, the most common species is the "big Michel" (Gros Michel).Consumption of bananas in the very early records Greek, Latin and Arabic writings. Alexander the Great on an expedition to India, met with bananas. After the discovery of America, bananas from the Canary Islands, the introduction of the New World, first in Hispaniola (Hispaniola) island culture, and soon extended to other islands and the mainland. Cultivation area expanded to become a staple food in many areas.The 19th century emergence of the banana market in the United States. Banana hi hot and humid climate, deep in the soil, loose soil, good drainage to grow strong. Giamaica in similar semi-arid areas in southern irrigated cultivation have also been successful. Available absorption roots and ramets pseudobulb cultivation; first harvest will take 10 ~ 15 months, almost straight after the harvest. banana --- Layers of the banana flower, layer upon results. Need frequent pruning to remove excessive growth of new strains of plants to prevent overcrowding.Commercial banana ideal string of at least 9 per beam and weighs 22 to 65 kilograms (49 ~ 143 lbs). 1 hectares of land an annual output of more than 300 bundles, mature fruit carbohydrate content as high as 22 percent, mainly sugar; rich in potassium and vitamin A, C, protein and low fat content. 含水分75%。 Containing 75 percent water. Banana can be fresh, but also deep-fried food or broken up so the pie or pudding. Can also be used for muffins, cakes, bread sauce. Plantains are cooking food species, and other banana difference is ripe fruit with starch instead of the main sweet, cultivated widely in tropical consumption and export in large cities. U.S. imports of bananas, followed by the United Kingdom and Western European countries. Generally less than ripe bananas on the harvest, even if the same is true of sales in origin. For the export of bananas, harvested before maturity depends on the market, distance and mode of transport. After the arrival of ripening with ethylene. Exporting countries in North America and Europe and between the consumption of frozen dedicated transport ship. The world's major production base in Central and West Indies Costa Rica, Honduras, Guatemala, Mexico, Panama, Dominican Republic, Guadeloupe (Guadeloupe), Jamaica and Martinelli Nick (Martinique), South America, Brazil, Colombia and Ecuador, Africa, the Canary Islands, Ethiopia, Cameroon, Guinea and Nigeria, Asia's Taiwan.。

The Green Banana My encounter with the green banana started on a steep mountain road in Brazil. My ancient jeep was zigzagging when the radiator began to leak. I stopped at the next village, where people gathered to look. Three fine streams of hot water spouted from holes in the radiator.“That's easy to fix,” a man said. He sent a boy running for some green bananas. We exchanged pleasantries while I mulled over the green banana. Asking questions would seems silly, so I remarked on the beauty of the mountain.“Do you see that tall one right over there?” asked my benefactor, pointing to a particular tall, slender pinnacle of dark rock. “That rock marks the center of the world.” I looked to see if he were teasing me, but his face was serious. He in turn inspected me carefully to be sure I grasped the significance of his statement. The occasion demanded some show of recognition on my part. “The center of the world?” I repeated, trying to convey interest if not complete acceptance.He nodded. “The absolute center.” At that moment the boy returned with my green bananas. The man sliced one in half and pressed the cut end against the radiator. The banana melted into a glue against the hot metal, plugging the leaks instantly.Everyone laughed at my astonishment. As a product of American higher education, I had never paid the slightest attention to the green banana. Suddenly on that mountain road, its time and my need had converged.This chance encounter showed me the special genius of those people, and the special potential of the green banana. I had been wondering for some time about what educators like to call “learning moments”, and I now knew I had just experienced two of them at once.The importance of the rock marking the center of the world took a while to filter through. I had initially doubted their claim, knowing for a fact that the center was located somewhere in New England. After all, my grandfather had come from there. But gradually I realized they had a valid belief, a universal concept, and I agreed with them. We tend to define the center as that special place where we are known, where we know others, where things mean much to us, and where we ourselves have both identity and meaning: family, school, town and local region.。

Tommy:Dad, what are four grapes and three grapes?

Dad: Don't you know simple arithmetic?Haven't you done a problem like that before?

Tommy: No, Dad, we always use bananas at school.

Math teacher said, "there was a banana, but 3 childs wanted to get it. Consequently, the two of them had got and eaten it. So what the third child got?"

the student answered, "He got。"

the teacher asked in surprise,"What?"

the student said, "the banana's peel" NND，我太无知了 = =， Math Teacher: Three boys dived for one banana. Two boys got and shared it. Do you know what the other one boy get?

Student: Banana peel! Math teacher:"There are three kids who want to snatch one banana.But finally two kids success.what thing do you think does the last one get?"

Student:"The skin of the banana." Math teacher:"There was only one banana,but three children wanted to eat it. In the end, it was shared by two of them. So, do you konw what the third child got?"

The teacher was surprised:"What was that?" 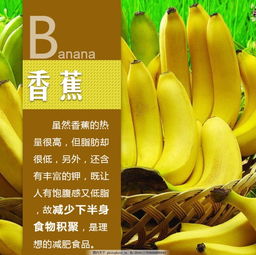 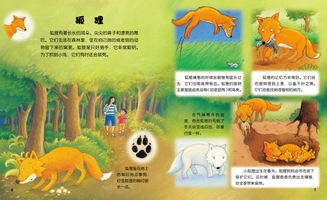 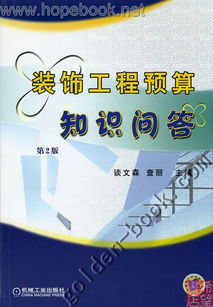 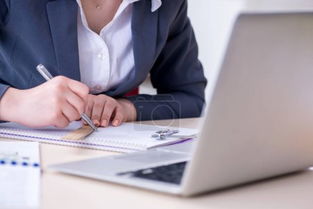 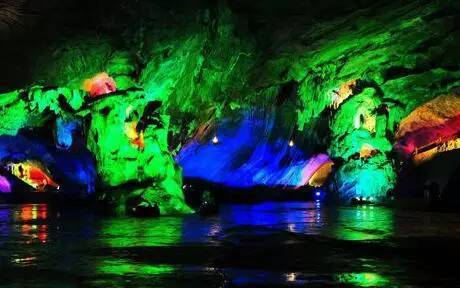 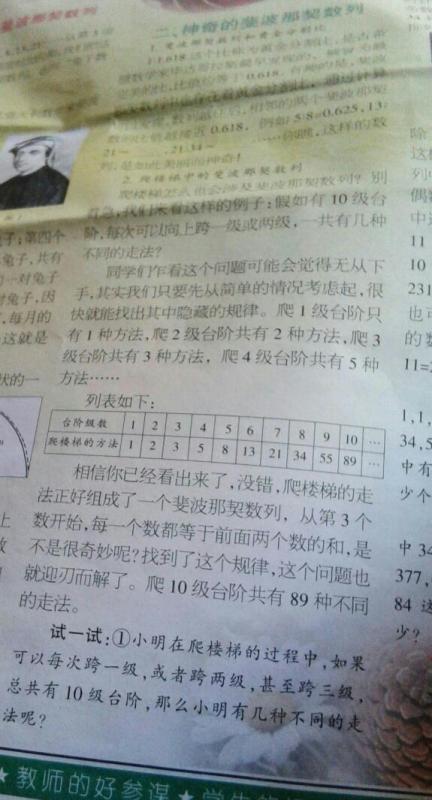 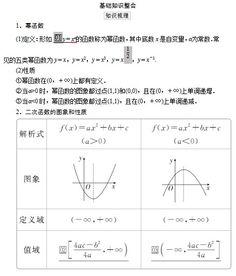 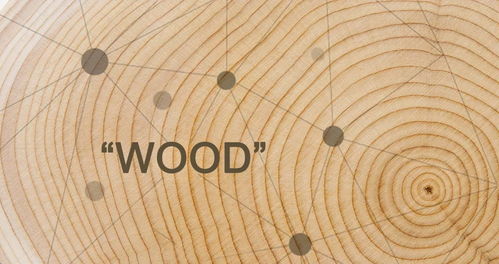 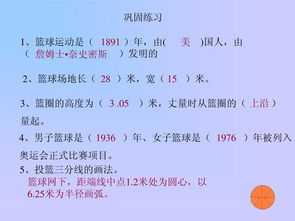 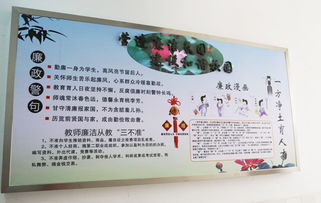 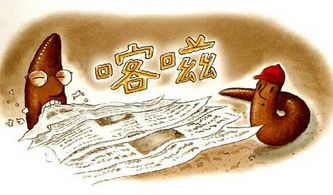 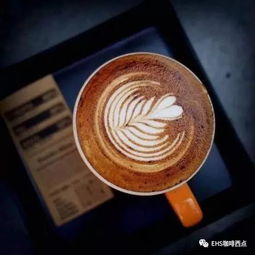